Get Well Triangle Pop Out Card - The Crazy Cricut Lady

Get Well Triangle Pop Out Card

When I saw this Triangle Pop Out card design on Pinterest I knew I had to make it my own.  I used lots of flowers and butterflies in my design.  And used lots of bright colors!  Send it to a sick friend and it will make them feel better instantly.

This card is classified as intermediate because of all the parts.  The butterfly on the cover can be folded out so that it is three dimensional and it fits in a six inch square envelope for mailing.  I got one at Hobby Lobby.

The Triangle Pop Out card base needs to be two sided paper because you do see a little of both sides, but not much.  Because of all the layers it can be almost any weight paper you have.  Patterns would work well with any of the bigger parts of this card as long as the pen showed up.  Just don’t use too many patterns.  This would get confusing.

The color scheme uses a lot of colors but the yellow makes the purple pop and the others are accent colors.

Cut the card base and the Cricut will do the writing.  I used a gold gel pen.  Did you know that you can use any pen in your Cricut?  You can see the trick here.  I used a font called Bittermilk and you can get it free at DaFont.

Most of the embellishments are thin and intricate so be careful when removing it from the mat.

Assembling the Get Well Triangle Pop Out Card

Don’t try to assemble this card until all the parts are cut out.  When you do a good liquid glue is a must!  I use only Art Glitter Glue.  Try it, you will never use anything else!  You should sort the parts into panels as it cuts though or it gets a little confusing.

Start by gluing each of the panels together.  Look at the pictures of each panel to get everything in the right place.  The butterfly on the cover is assembled by gluing only the center bodies together.  This allows you to fold them up and “fluff” the wings.

After each panel is made, set them aside and assemble the base card.  Re-crease all the folds.  The two squares with the cut line between them are folded over and glued one on top of the other.  Set the base card with the triangles down on the table.  Then attach the panels to each side making sure that they are upright on the open card.  You do not want to know how many times I had to re-glue these in because I had one sideways or upside down.  Close the card by folding the triangles up and glue the front panel on.

And your Get Well Triangle Pop Out Card is done.  As I said before the card is 5X5 but because of the thickness I used a 6X6 envelope. 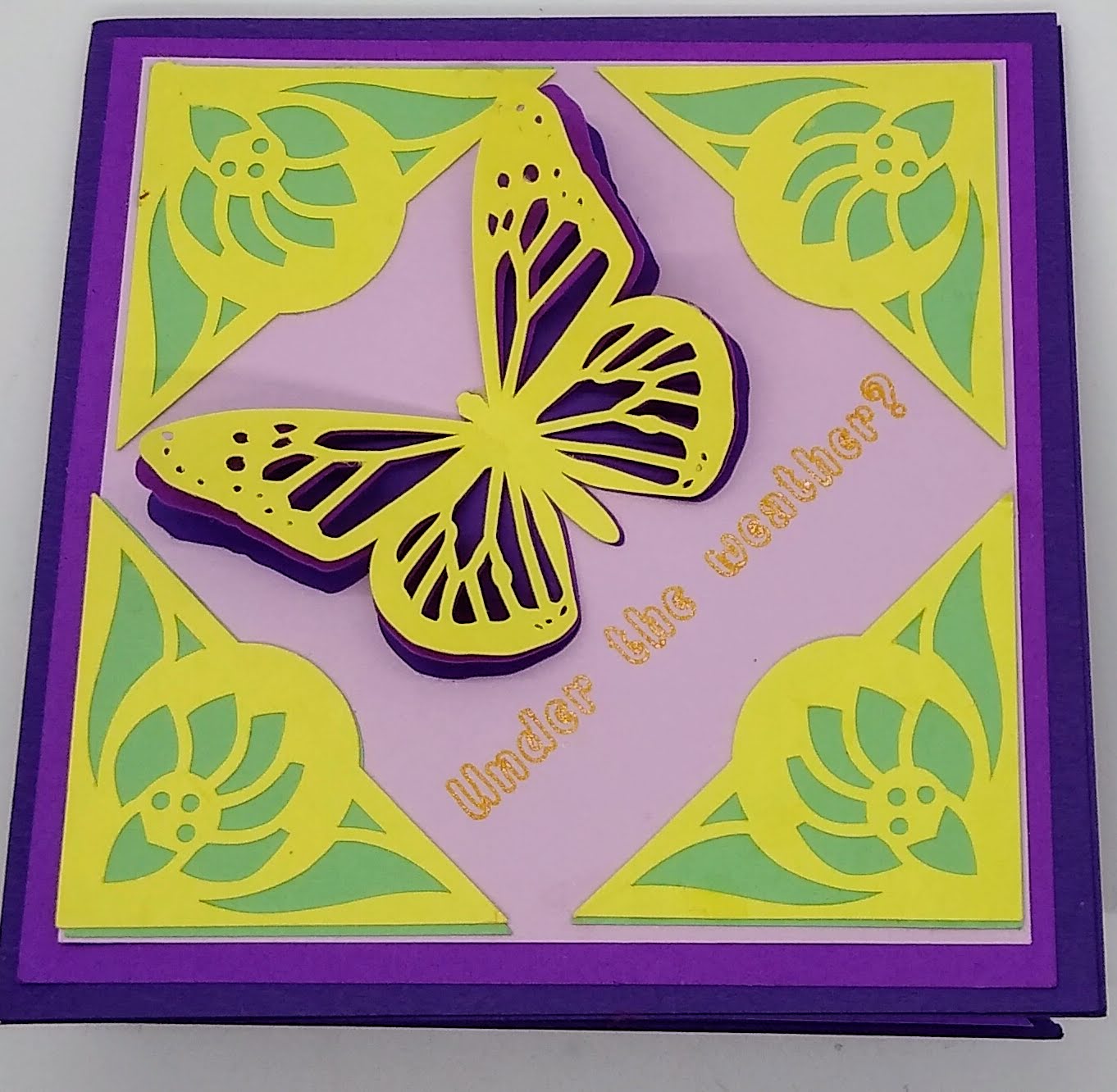