The bridge in this 3D Thanksgiving Swirl Card runs from side to side decorated with leaves. Send this card to family members you can’t see this year because of COVID.  COVID is spoiling the most important of family events this year.  I hope that everyone stays safe.

This is the November patreon only card.  The tutorial is free but to download the design you will need to become a patreon supporter of The Crazy Cricut Lady site.  This is completely separate from my site membership and does cost $1 per month.  This helps me keep the rest of this site free and allows me to pay for the rest of site.  Only one project per month is posted on my patreon site but you get access to all past projects when you join and help support this site.  Consider joining my patreon supporters.

The base card and the swirl on this Thanksgiving swirl card need to be heavier paper (110 lb. wt.) The swirl and the maple leaves on it need to be two sided paper.  None of the other papers need to be two sided because you don’t see both sides.  The turkey really should be done in shades of brown but it doesn’t have to be.  Everything else is flexible.  Use whatever paper you want!

Cut the card base and the Cricut will do the writing.  I used a very fine tip brown marker.  Did you know that you can use any pen in your Cricut?  You can see the trick here.  I used one of my own fonts, CMV Polka Dot in this project.  It fills in nicely and has some dimension.  I have several fonts that I created just for Cricut.  You can find out more about them here.

This card isn’t hard but attaching the swirl can be a little tricky.  First re-crease the fold on the base card.  Then the pumpkin must be attached to the inside topof the card before the swirl is attached.  To attach the swirl, hold it so that the tail on the outside edge is toward the bottom.  Glue it at the tip and the tip only, below the writing on the inside of the card.   Put glue on the other end of the swirl so that when you close the card it sticks to the top.  Again only glue at the tip.  Then close the card and press down.  Then open the card.  If everything worked, the spiral should stretch out across the card.  We will assume it worked.

And your Thanksgiving Swirl Card is done!  See that wasn’t too hard.  It fits into an A7 envelope for mailing.

I don’t start decorating for Christmas until Santa comes down the street in the Macy’s Parade.  The parade will be “virtual” this year, whatever that means.  That is when the Christmas season starts.  Did you know that the first Macy’s parade didn’t have any balloons? 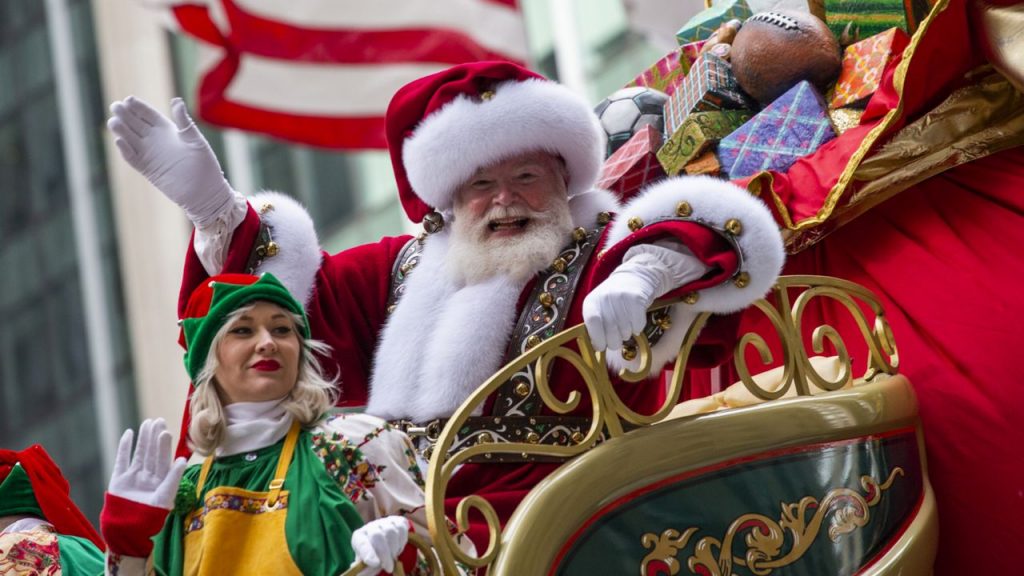