Two Gift Boxes for Your Sweetie - The Crazy Cricut Lady

Two Gift Boxes for Your Sweetie

Ken loved truffles.  I made these two gift boxes to hold them and other candy.  They both have acetate in the lid.  You can see through the square box.  The Oblong box, the acetate just creates some depth.

Your sweetie will love getting a sweet treat in these wonderful boxes!  The acetate I used was from a package a die cam in.  You don’t need a lot, just a scrap.  And it adds some stiffness to the lid.

The more colorful the paper for these two gift boxes the better.  This project is a great use for all that patterned paper I keep buying at Hobby Lobby!  And the paper can be selected for the occasion.  The paper doesn’t have to be two sided but it looks better.  And it does have to be very heavy to stand up (at least 110 lb. wt. or heavier).  Glitter and foil paper tend to crack when folded so be careful when using them.

Money Saving Tip:  As I said earlier, the acetate comes from a package around a die I bought.  You  can get all kinds of free acetate from the other stuff you buy.  Just cut away around the edges and keep the flat part.  Clean it real well with window cleaner and tada, free acetate.

I used the cut out in the rest of the project to add some extra color.  The black (may be grey in the SVG) square or rectangle in each project is cut from acetate.

First re-crease all the fold lines for the boxes.  Then glue the acetate over the hole.  In the square box, glue both sides of the cover together with the acetate in the middle.  On the oblong box, sandwich the acetate between the lid of the box and the rectangle with the notch cut out.  The notches should line up.

Next you will want to assemble the two gift boxes.  For the oblong box, the small tabs fit between the two layers of the sides.  For the square box, the thin tab on the lid glues to the bottom of the outside of the box and the first section after that forms one side.  Glue all the tab well, as they are the strength of the boxes.

Now we will work on decorating the 2two gift boxes.  The square box is easy.  Just glue the cutout from the lid to the bottom inside of the box and it is done.

The oblong box is just a little harder, but not much.  Assemble the two layers of the LOVE and FOR YOU by gluing the smaller on top of the bigger. (DUH).  Glue the small flourish cutouts to the sides on the outside and the long flourishes to the outside front and the inside back.  Glue the FOR YOU and the LOVE to the insides of the box as in the pictures.

And your two gift boxes are done.  Fill them with candy treats as sweet as the recipient.  No sour candies! LOL

National Truffle Day is May 2 so make the boxes and give some truffles! 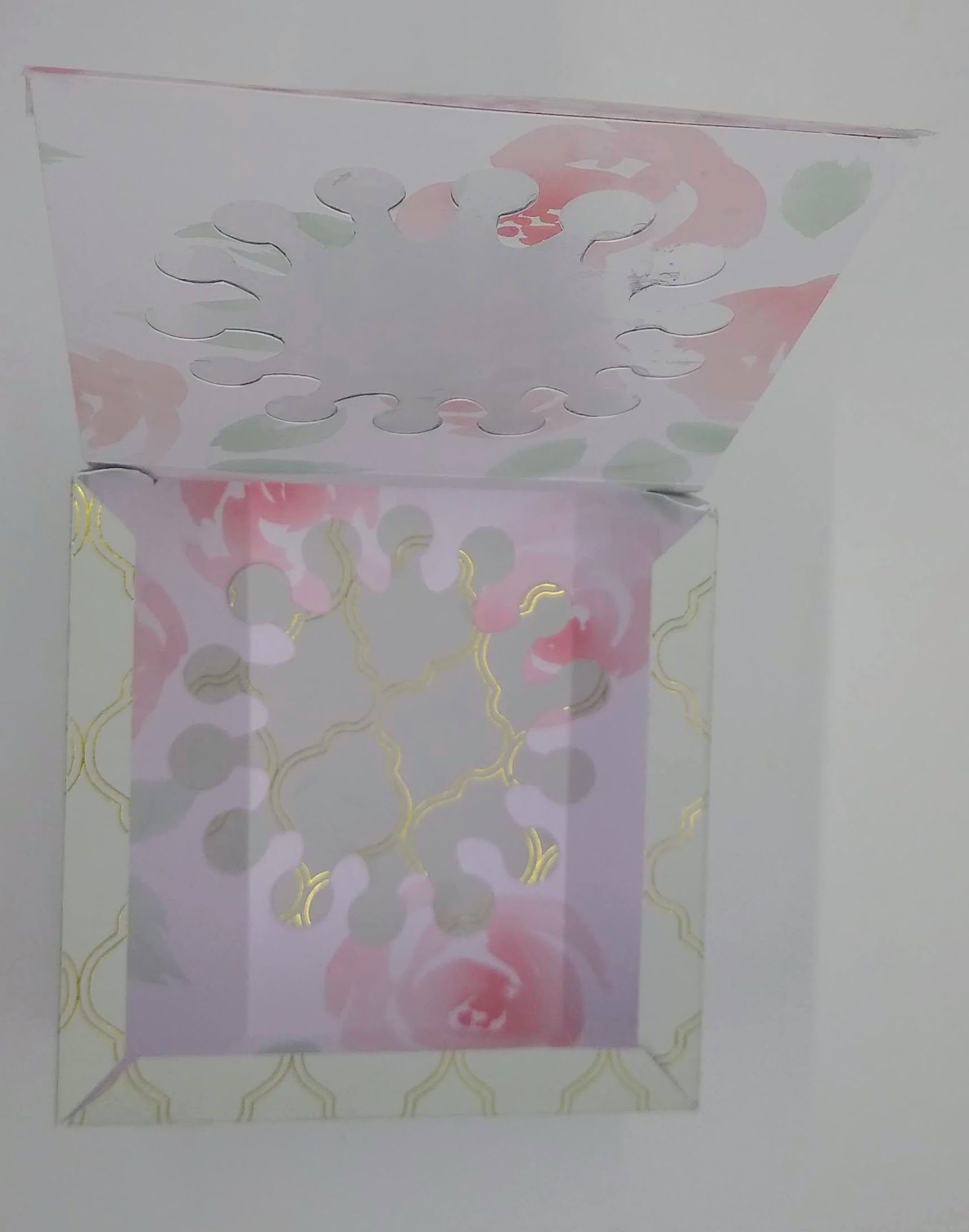