White Pens and Markers: Get What You Pay For

White pens and markers make a dramatic impact on our projects.  But which brand is better?  Are the inexpensive ones worth it?  Are the expensive ones?  I will compare and contrast many brands and give my opinion.

First, let me tell you,  all the markers and pens tested were new.  Some of them are worth it and I will keep using them.  Some are not.

All of these projects were done with white pens or markers.  I have tried most of the pens I review herein the past, but I do have my favorites. 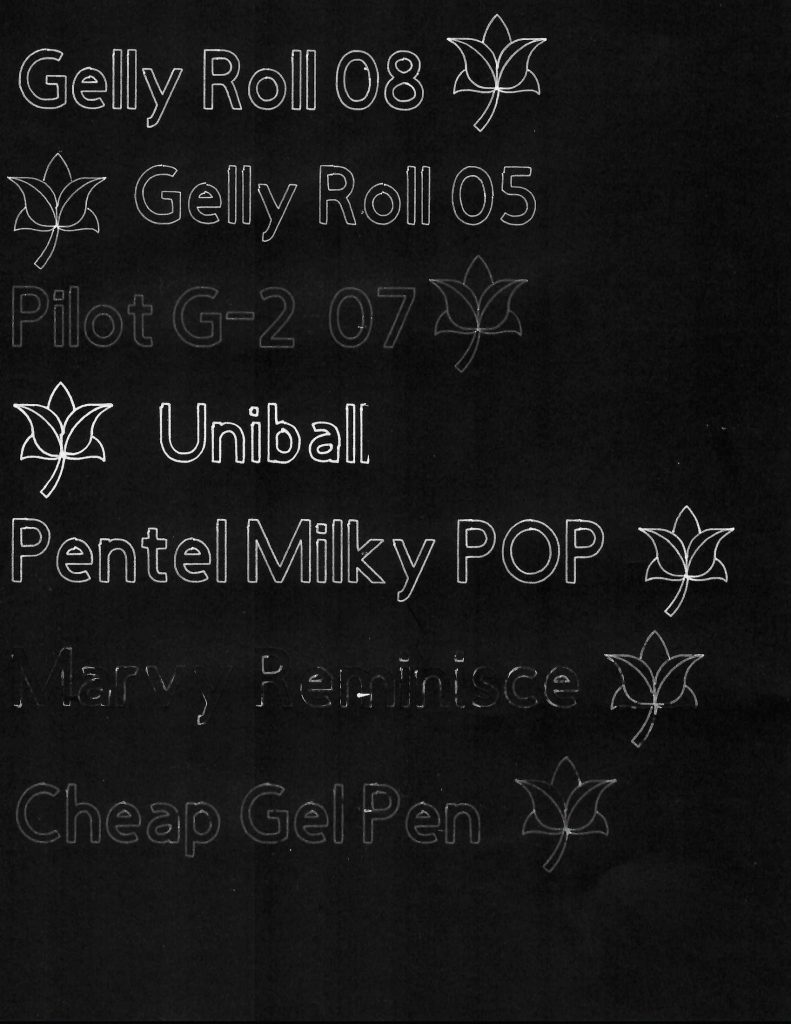 I used the name of the pen as the text and also included a simple graphic.  The font is 45 pt so the letters are actually pretty big.  As you can see the cheap pens don’t give deep solid lines.

The best by far is the Uniball pen.  You get solid uniform lines, bright color and the ink sits on top of the paper well.  This does lead to some difficulties, it smears and remains wet for a long time.  Let it sit for at least 15 minutes before folding the paper or running your hand over it.

The Gelly Roll pens run a close 2nd to the Uniball.  And dries much faster allowing you to work with the paper sooner.  The gelly roll pen comes in at least three different thicknesses designated as 10, 8 and 5.  The 10 wasn’t tested because I wanted to fit all the other brands on the paper.

I was surprised at the Pentel pen because it was cheaper than the others.  I found it in the clearance bin and thought that meant it was not good but it did a really good job.

The pilot pen was ok.  The ink wasn’t very dark but it will work.  All in all, I think I will still use it I. guess

The other two pens I got at the dollar store and it shows.  Even at $1 they really weren’t worth it.  The marvy peminisce pen is so bad I can’t even read the name of the pen. 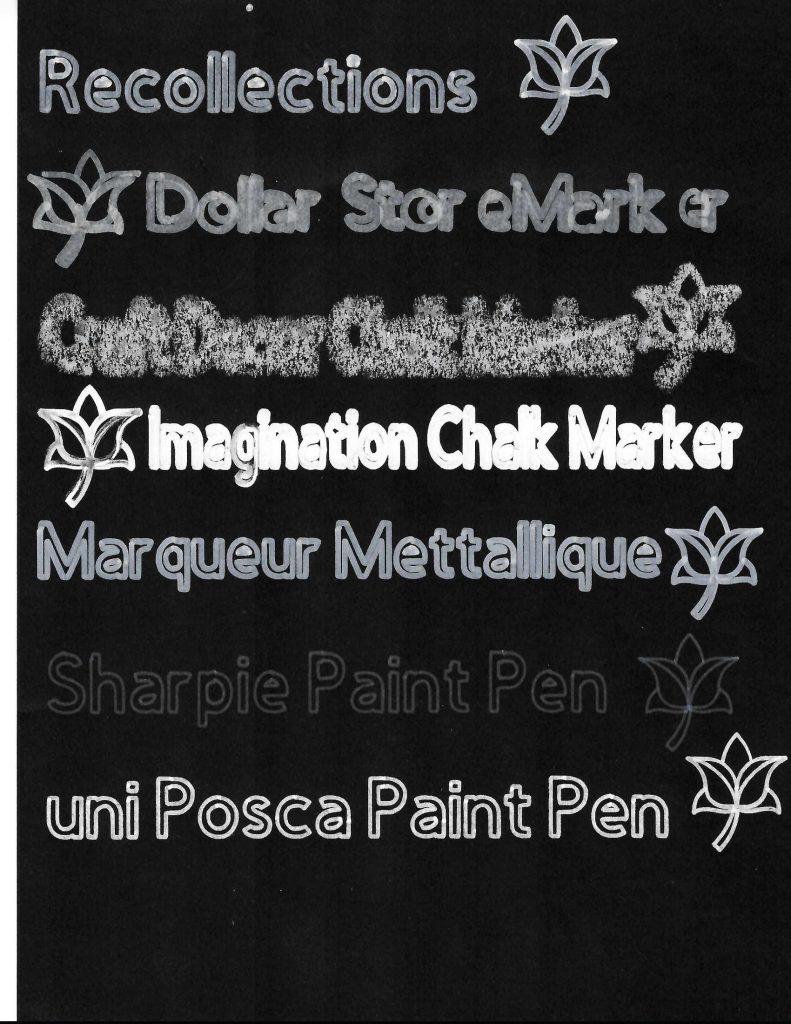 The other class of pen is the chalk marker and plain marker.  There are a lot more brands of these.  This is just a sampling of the brands I found while shopping.  These pens are harder to use.  The paint pens have to be primed before using them.  The chalk markers tend to smear easily.  But I drew the same conclusion: you get what you pay for  The good paint markers are $5 a piece and up.  Gel pens are cheaper and unless you need a thicker line are easier to use.  Markers, chalk markers and paint pens write thicker but that could be useful based on what you are doing.  And ALWAYS make sure you put the cap back on the markers and paint pens.

The uniball and the gelly roll pens work best and you can usually get a three pack for 5 or 6 dollars.  The paint markers work nicely but you will pay more for them.  Either type you choose to use, make sure you put the cap back on your pens and store them flat.  I’m not sure why but that is the manufacturers instructions.
The links take you to where you can buy the pens on Amazon and I do get a little commission from them, but it isn’t much and doesn’t increase your price.  I bought the pens I tested and the dollar store, Michaels and Hobby Lobby.

4 thoughts on “White Pens and Markers: Get What You Pay For”